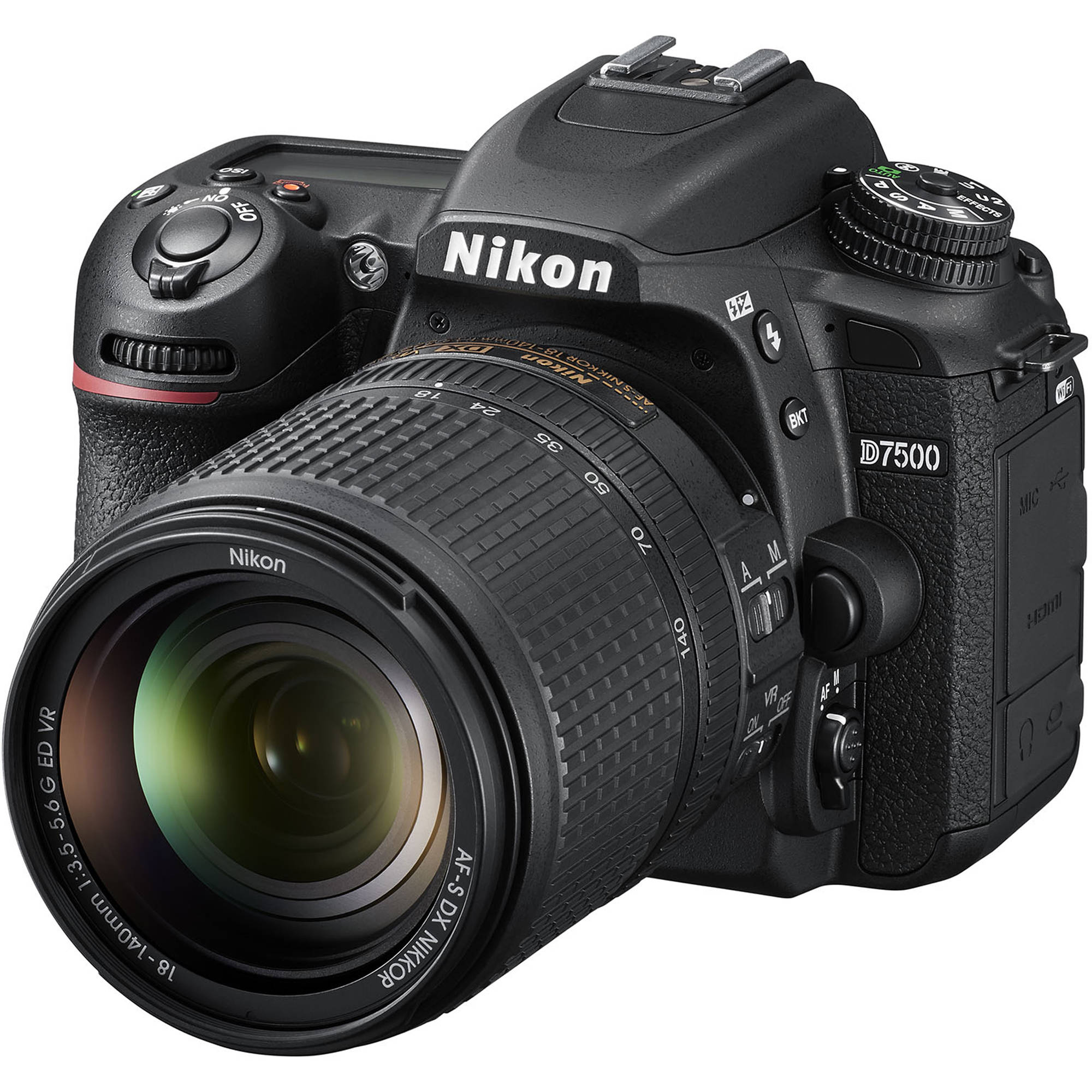 The D7500 has a DX sensor. For those who don’t speak Nikon yet, that means it is APS-C with a 1.5X crop factor. To find the actual effective focal length of a lens on this camera, multiply the focal on the lens by one and a half. Would we have liked it to be full frame? Sure, but the price does not warrant higher expectations. This is a larger sensor than Panasonic’s GH5Micro Four Thirds (MFT) sensor which has a two-times crop factor. And it’s roughly the same size as the Sony a6500 with its Super 35 image sensor. The D7500 has an ISO range of 100-51,200 but is expandable to 1,640,000 — just like its big brother the D500. It also offers an external microphone and headphone jack.

IF YOU’RE IN THE MARKET FOR A CAMERA FOR BOTH PHOTO AND VIDEO, THE D7500 IS A SMART DIRECTION TO LOOK IN.

The Nikon D7500 packs in the same excellent 20.9MP sensor as the pro-spec D500, but in an even more compact and affordable body. It missed the highly impressive 153-point AF system enjoyed by the D500, but the 51-point system is still very good. There’s also 4K video capture, a tilt-angle touchscreen display and 8fps burst shooting, while the minor drop in resolution over the D7200 is worth the small sacrifice, particularly when it comes to sensitivity. There’s a low setting of ISO50, while the upper ceiling is a staggering ISO1,640,000. The D7500 is certainly a tempting prospect for both new and existing users.

The appearance of Nikon D7500 doesn’t step away from the traditional look of Nikon cameras and it is almost identical to the camera’s predecessor D7200. Perhaps the biggest physical difference between the two cameras is the weight. With 640 grams D7500 is significantly lighter and much easier to carry around than the D7200. On the back side of the body, the Nikon

The Nikon cameras have moved the boundaries for decades, and even though the Nikon’s latest mid-sized DSLR camera may not be a game-changing camera it is still one of the best camera models in its price range. The camera’s Nikon DX Format, 20.9MP APS-C CMOS sensor has a slightly lower resolution than the sensor used in the Nikon D7500’s predecessor D7200. Omitting the low-pass filter enabled the camera manufacturers to compensate for the 4MP loss and to extend the D7500’s ISO sensitivity range.

D7500 has a 3.2 inch 922.000-dots tilting touchscreen LCD that has a 170-degree wide viewing angle. In addition, the camera is also equipped with an Eye-level Pentaprism Viewfinder that has a 100% frame coverage and 0.94 magnification. The camera is weatherproof, which enables you to continue shooting even when the weather conditions are not in your favor.

All this is very nice for stills shooters, but what about the camera’s video capabilities? First of all, the Nikon D7500 is capable of 4K UHD video, a first for a DSLR from this manufacturer in this price range, coming in at almost half of the BDT 164000 price tag of the D500. With Canon’s 4K camcorders such as the Canon XC15 or the XC10 also starting around the BDT 164000 neighborhood, it will be interesting to see if this announcement by the competition will shake things up in Canon DSLR-land.

The complete list of supported resolutions and frame rates is as follows:

The gallery that follows includes images made from ISO 100 to ISO 12800, plus two images made at the fake ISOs of 25600 and 51200.  As expected, the computational ISO images look like crap.  In my opinion, the camera is solid to 1600, good at 3200 and acceptable at 6400 in a well lit and properly exposed scenario.  If you have to deal with a lot of shadows, you are going to need to either fall back to a lower ISO, or plan on some softness by aggressive noise reduction in post processing. 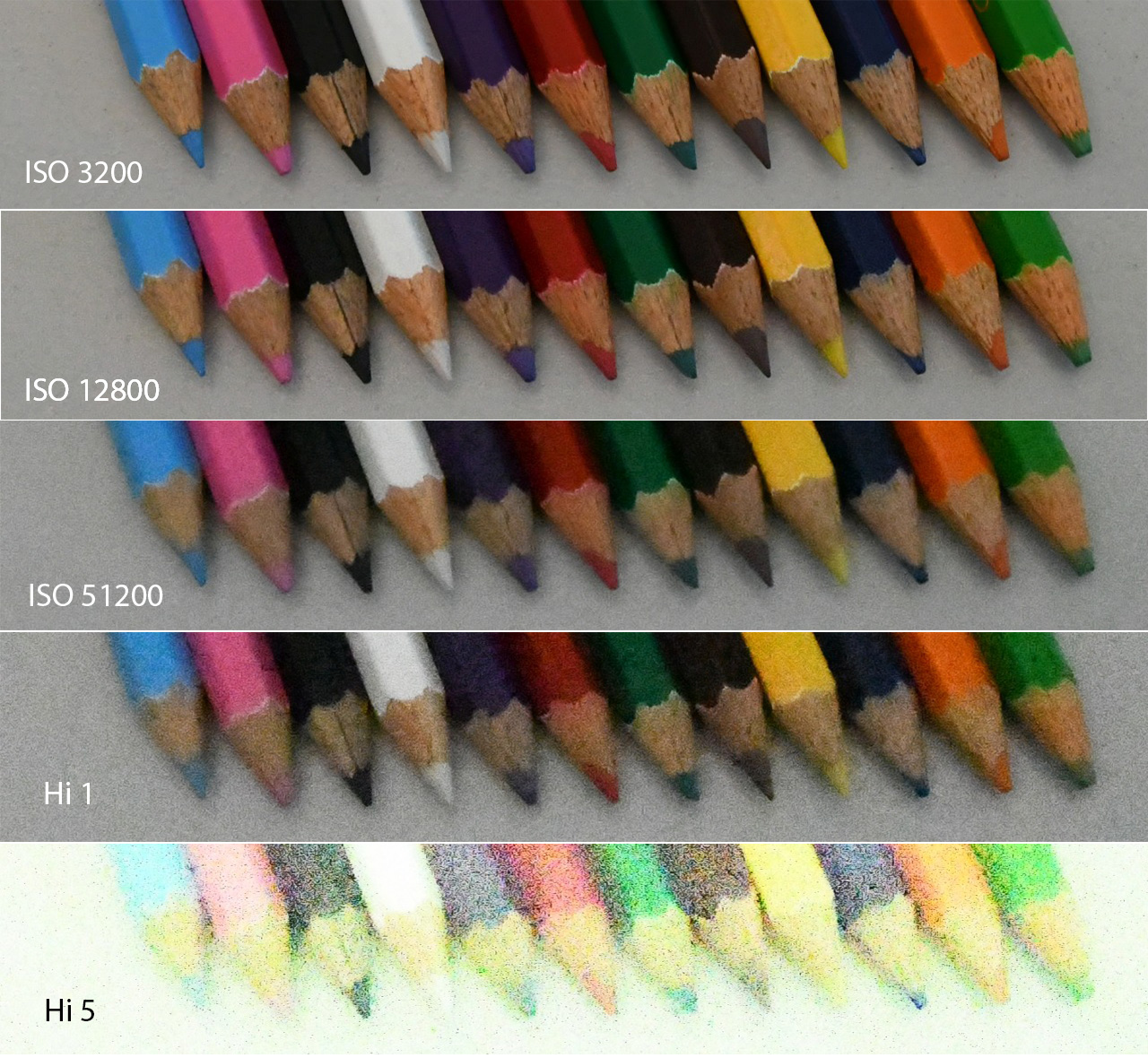 All the images were shot on a tripod, using the self timer to fire the shutter.  Lighting was provided by a pair of KinoFlo continuous lights.  I used Lightroom’s white balance eye-dropper on the first image’s Spyder ColorCheckr and then synchronized the same setting to all, rather than white balancing them individually.  I do this because I want to see if there is any WB drift as ISO’s get higher.  Exposures were made manually based on the incident light meter reading on a Sekonic L-458 light meter, manually moving the shutter speed and ISO for each subsequent shot.  Only the first reading was used, again to see if there was any exposure drift as the ISO increased.

Nikon has used the same 20.9-megapixel DX format sensor as in last year’s D500, and it delivers similarly impressive image quality in the D7500. It’s slightly lower resolution than the 24-megapixel sensors in Nikon’s cheaper DX DSLRs, but this has little practical impact unless you print larger than A3 (16 x 11in).

In return its high-ISO performance is very good indeed, despite the fact that the extended settings beyond ISO 51,200 are hugely over-optimistic. As usual, you’ll get the best possible results in terms of fine detail and noise control by carefully processing raw files. 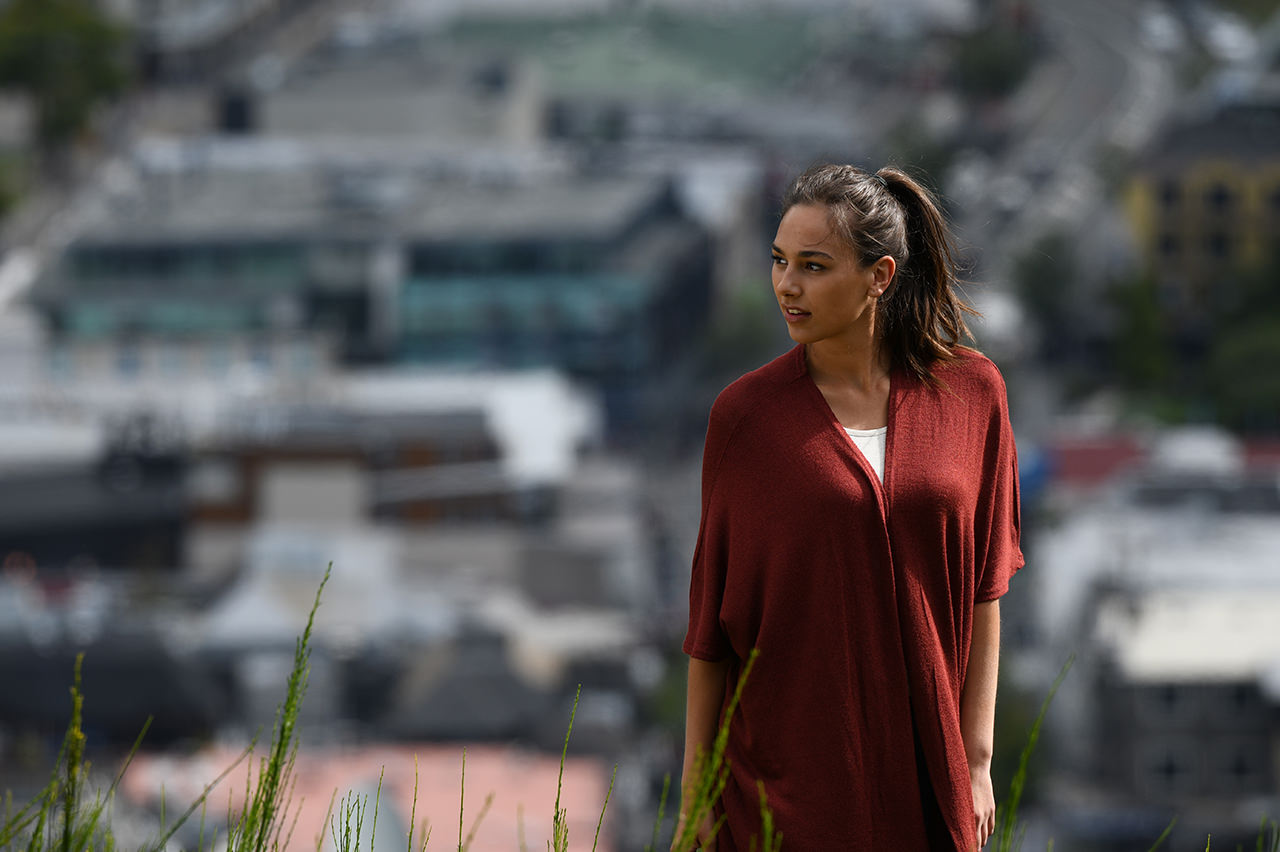 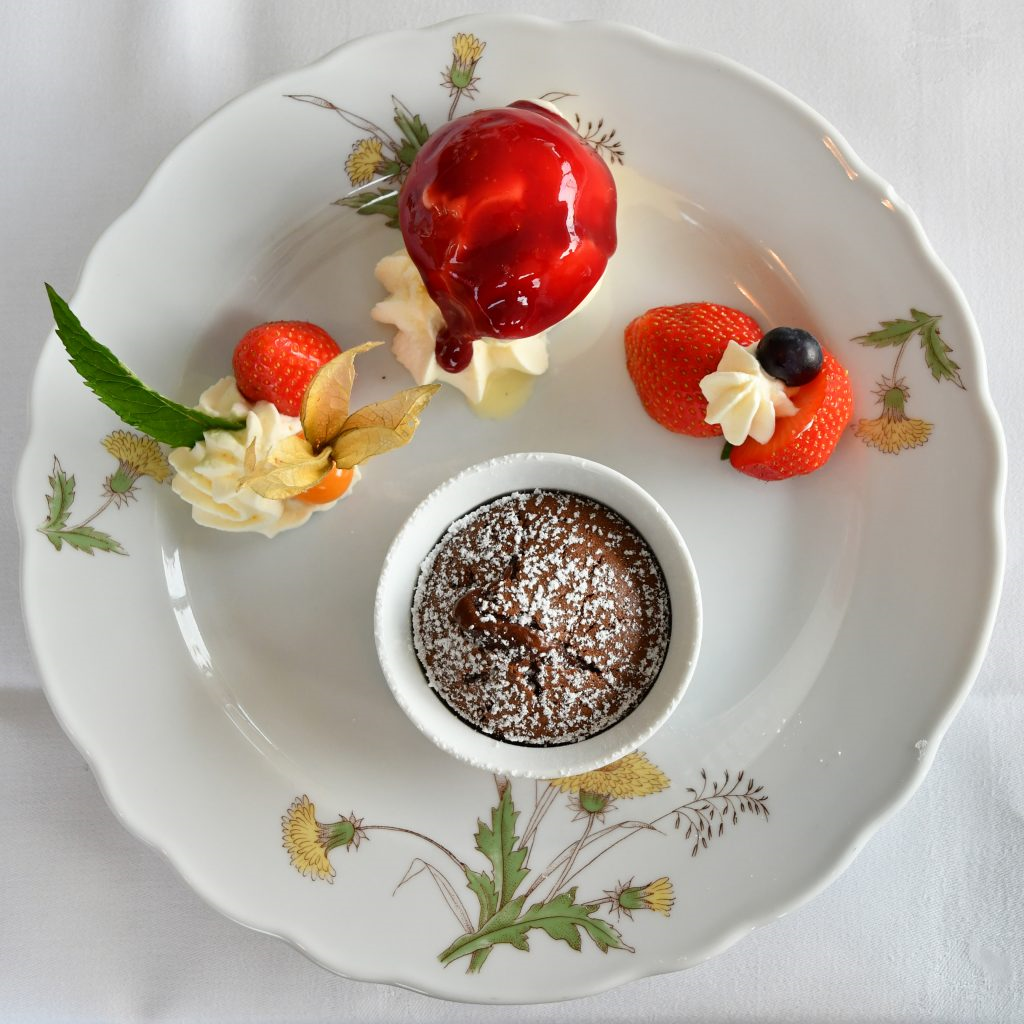 At their best out-of-camera JPEGs can be very attractive. This was shot at IS0 800.

When it comes to dynamic range, the D7500 scores very well in our Image Engineering tests. At ISO 50, we measure over 13EV dynamic range, indicating massive leeway for recovering additional details from raw files – especially in shadow regions. This drops off progressively as the ISO is raised, but values of 8.2EV at ISO 3200 and 6EV at ISO 51,200 still represent a strong showing. However, the precipitous decline in the extended settings again indicates why these have little practical use. 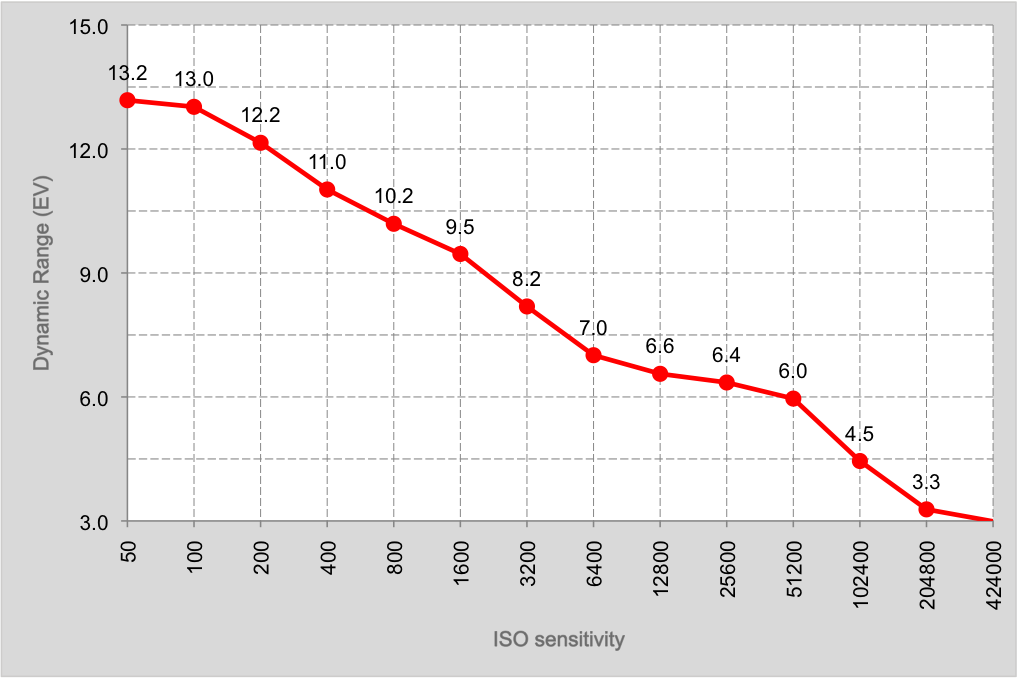 Battery life is rated at 950 shots according to Nikon / CIPA test results, which is very good, although extended use of Wi-Fi and Bluetooth is likely to reduce battery life.

As we write this test, the price difference between a Nikon D500 and a D7500 is almost 500 euros: a Nikon D500 body costs almost two thousand euros, while the D7500 body is 500 euros cheaper. Current prices can be found below. For whom is that price difference worth the effort? Both cameras have the same 20-megapixel sensor and offer full HD (60p) and 4K video (30p). Both cameras have Bluetooth and Wi-Fi. We have listed the differences in specifications:

There is no related posts.

Advantages of taking photos in RAW and JPEG

Using a Tripod to Get the Best Pictures

50mm Prime could be the second choice as a beginner